You know that “bootleg” video of MAZINGER-Z that’s been circulating on Facebook the past couple days (scroll to bottom of this post to peep before it ever gets pulled *cough*)? Well, featured above is a short but “official” 30-seconds teaser for it!

The upcoming animated film made it’s teaser debut at the Annecy International Animation Film Festival, where the filmmakers were also o-hand too present a slideshow and talk about their film - for which @Eldur_380 @ eldursvero.com has generously provided the www with snaps (reproduced here), along with some (select) words (quoted below). 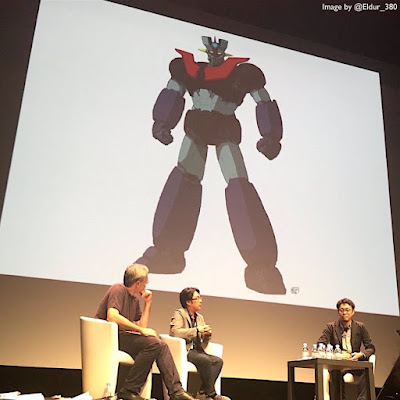 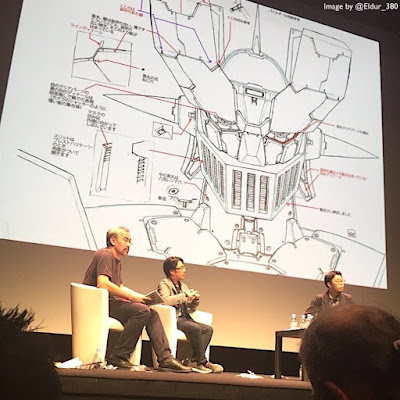 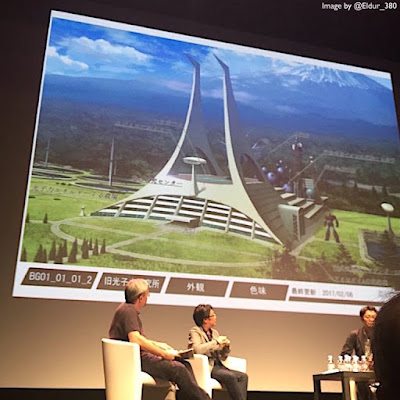 "The goal is really to have a Mazinger Z work that is up to date with today's society. The movie will use 2D and CGI animation. The new Mazinger Z movie will have face Koji Kabuto with the different visions and interpretations of Justice.

The robots will be in 3D and the characters in 2D. The same methods as in Digimon Tri and Precure will probably be used. Voice recording was done just before Annecy on the 10th and 11th of June. The movie will take place 10 years after the show and will introduce a new character named Lisa. She's kind of a contrast to Sayaka." 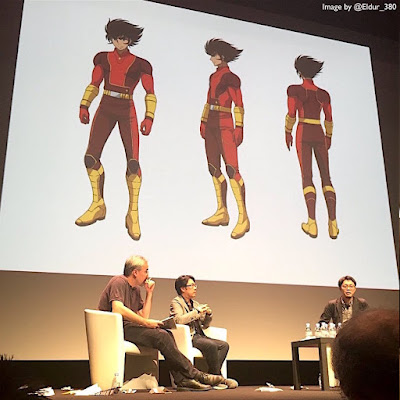 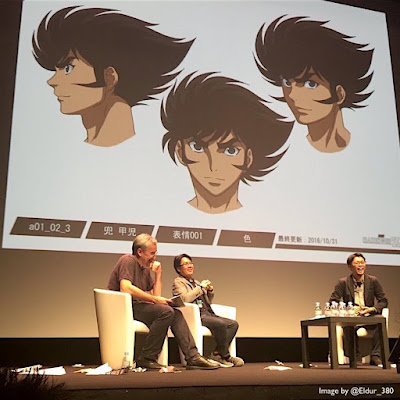 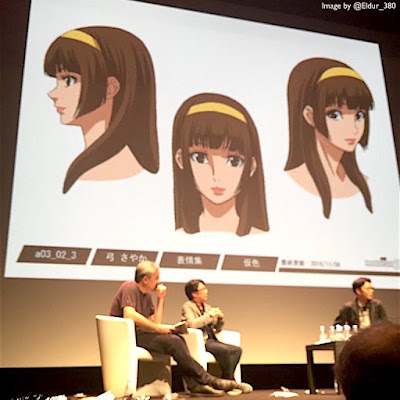 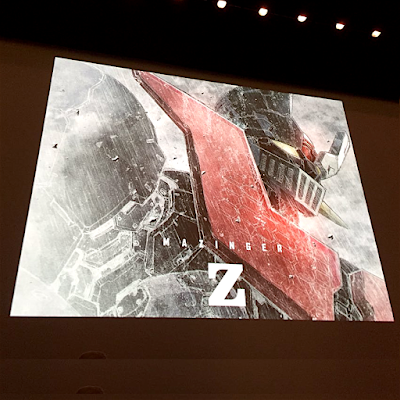 "A new source of photonics energy has been discovered and the world has taken a new turn. This is the world they want to make Mazinger evolve.

OFFICIAL PRESS RELEASE” "ANNECY, FRANCE – Toei Animation gave the world a first-look at its highly-anticipated Mazinger Z feature film at the Annecy International Animation Film Festival, the largest animation festival in the world. First announced in February with only an image, fans across the globe have waited eagerly for key details on how the big screen will adapt the revered anime series. Now – for the first time since 1974 – Mazinger Z is finally back!

With an introduction from Mazinger Z’s original creator, Go Nagai, and producers Ichinao Nagai and Yu Kanemaru, attendees at the Annecy International Film Festival on June 14 were treated to an exclusive look at what the talented team at Toei Animation has been working on these many months. With gasps of surprise and applause from the audience – which included famed director Guillermo Del Toro, who counts the series as a major source of inspiration – three major revelations were revealed." Complete Synopsis: "Humanity was once in danger of its downfall at the hands of the Underground Empire, which was led by the evil scientist Dr. Hell. Koji Kabuto piloted the super robot Mazinger Z, and with help from his friends at the Photon Power Laboratory, he thwarted Dr. Hell's evil ambitions and returned peace to the world.

It's been ten years since then... No longer a pilot, Koji Kabuto has taken after his father and grandfather by starting down the path of the scientist. He encounters a gigantic structure buried deep beneath Mt. Fuji, along with a mysterious indication of life...

New encounters, new threats, and a new fate await mankind. The former hero Koji Kabuto has a decision to make about the future: whether to be a god or a demon...
This grand action film depicts the fierce battle fought by the people and Mazinger Z--once again entrusted with the future of mankind!" 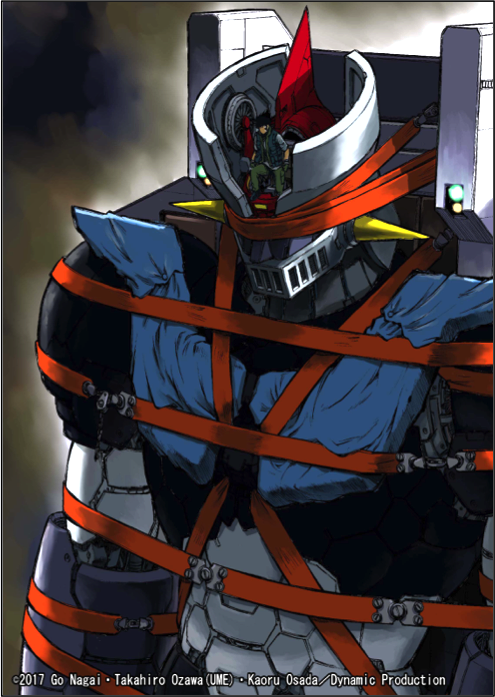 Not An Adaptation, But A Sequel!
"The film’s brand-new story takes place ten years after the final episode of the TV series."

Toshiyuki Watanabe Will Score The Film!
”He's the son of Chumei Watanabe, giant of the Tokusatsu music world, known for being on the front lines of creating opening songs for Showa-era anime and hero shows, including the very Mazinger Z opening theme that Mizuki sings. A composer of music for many movies in his own right, as well as a producer for a variety of artists, ears are open and waiting for the music Toshiyuki Watanabe creates! The torch of "Z" has been passed from father to son!”

Ichiro Mizuki Joins To Sing The Opening Theme!
”The beloved opening theme of the series returns with a sweeping orchestral version sung by Ichiro Mizuki. After 45 years, everyone's powered up big bro is coming back to Mazinger Z's stage.” 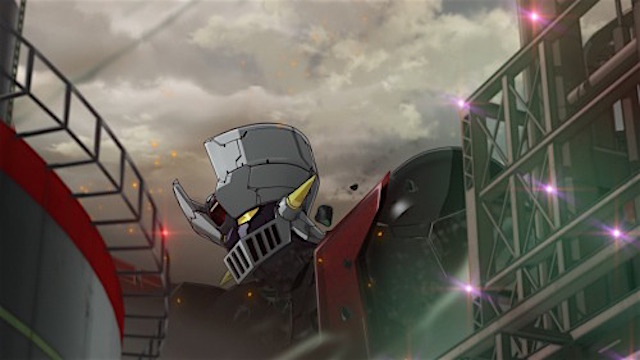