BanG Dream! Volume 1 synopsis: "Kasumi Toyama has always been captivated by the "beat of the stars". Since then, she's been searching for something... a spark that'll excite and thrill her! Following a trail of star-shaped stickers, she soon stumbles upon a Random Star guitar at her school mate's house! Could this mark the start of something amazing? A sparkling, heart-racing high school life begins for Kasumi as she decides to form a band!" 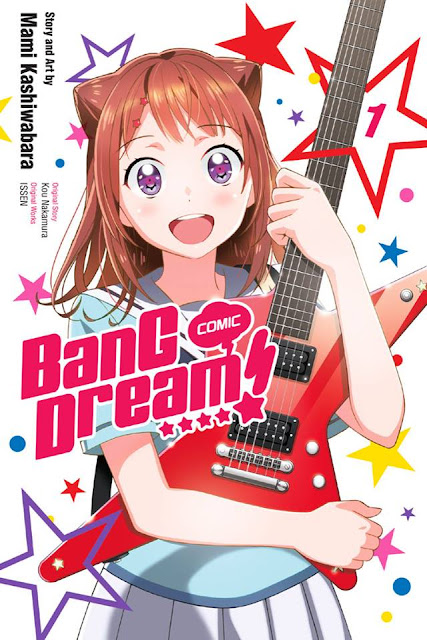 Shogakukan Asia has just announced a new manga entitled “BanG Dream!”, and it's about a girl (Kasumi Toyama) who is determined to start her own band despite being an absolute beginner.

BanG Dream! is a cross-media project comprising not only manga, but also a concert series, a smartphone game app (BanG Dream! Girls Band Party) and a TV anime show, which is currently airing in Japan - from January to April 2017. Anime fans in Southeast Asia can catch new episodes of the anime simulcasted on Animax Asia.

Volume 1 of the BanG Dream! English manga is slated to come out here in Singapore near the end of March - right before the climax of the anime series in April.

Meanwhile, scroll down to read the full Press Release, and stay connected to Shogakukan Asia via shogakukan.asia and their Facebook @fb.com/ShogakukanAsia!

Written and illustrated by Mami Kashiwabara, BanG Dream! tells the story of 1st year high school student Kasumi Toyama, who endeavours to form a band after a series of chance encounters reunites her with the "beat of the stars" sensation she first experienced as a kid.

While the BanG Dream! manga shares the same premise with the hit television anime series currently airing in Japan, the manga provides more comprehensive details to each character and features additional scenes not seen in the anime.

Volume 1 of the BanG Dream! English manga is slated for an end March release, and is expected to go on sale in bookstores in the following six countries: Singapore, Malaysia, Indonesia, Brunei, Thailand and The Philippines. Shogakukan Asia is also exploring opportunities with overseas partners to release the manga in other territories beyond Southeast Asia." 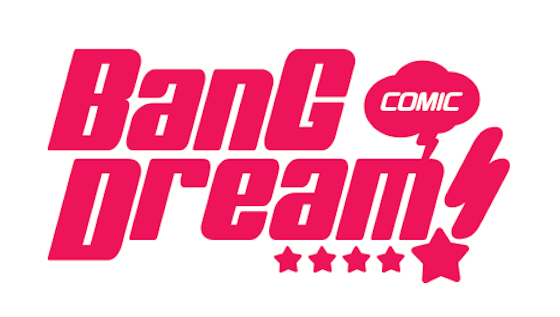 About Shogakukan Asia Pte Ltd
Shogakukan Asia is a wholly-owned subsidiary of Shogakukan Inc in Japan, which was first established on 8 August 1922 as a publishing house that specialises in educational magazines for elementary school children and teachers in Japan. Over the years, Shogakukan gradually expanded both its scale and its range of publications in order to cater to the various needs of its readers from different age groups and demographics.

Established in Singapore on September 2013, Shogakukan Asia was set up to lead the Japanese publisher's business expansion into Asia, especially Southeast Asia. Based in Singapore but with Asia in its vision, Shogakukan Asia adopts the direct publishing model, leveraging the rich experience and know-how in overseas licensing and publication of educational materials.