Mamoru Oshii's SAND WHALE AND ME on Toonami

STORY: ”"Sand Whale and Me” is the story of a female paratrooper in the distant future who is stranded in a vast desert. With limited supply of food and water, her only hope is to catch a Sand Whale from a pack. If she can't, her life may just hang in the balance.“

“Sand Whale and Me” is a 25 minute, 5 part short film from director Mamoru Oshii (Ghost in the Shell, Patlabor) and Production I.G. premiering in Toonami on March 18th ((in celebration of Toonami's 20th anniversary).

Presented in a “hybrid” live action X CG style, folks who’d watched Oshii’s 2009 “Assault Girls“ would instantaneously recognise the style (I have a “thing” for that film quite a bit actually), and visually it doesn’t seemed to have changed as much LOL … hey, in fact, is the story now a “continuation” of the previous feature film? 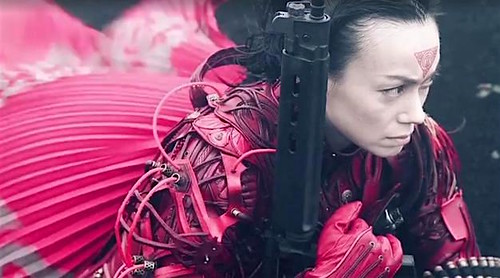 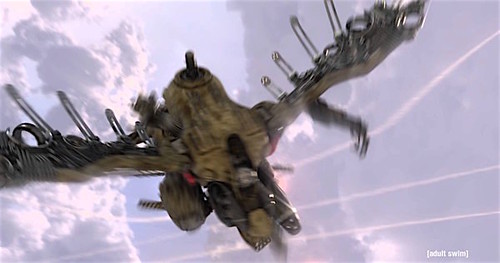 In “Assault Girls”, there is also an entirely red-clad Female warrior known as “COLONEL” (played by Hinako Saeki). This is her character description from the film’s official website:

"Female warrior riding on a horse racing through the desolate desert. Her weapon is a customized automatic-rifle, a FAL. She grasps situations in a calm and reassuring manner and brings down herds of monsters in rapid-fire succession. She definitely deserves to be called "Colonel". She has a giant descending remote-control hunting soldier Temjin (Sky Man) on standby on an assault landing ship (Ryujo II) in the sky for crucial moments. In the real world, she is the mother of two children and earns a living by hunting monsters instead of relying on her junkie husband."

Would be very interesting if the new incarnation is in some way connected to “Assault Girls” (story-wise), as frankly it would be too much a stretch to say these are “unrelated”, or if you want to throw in the “reboot”-angle?

Regardless, it’s not for me to say, but to enjoy the films presented before us. Here are some snaps off the web (for “Colonel”), for visual reference: 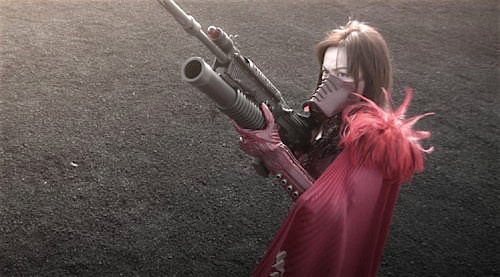 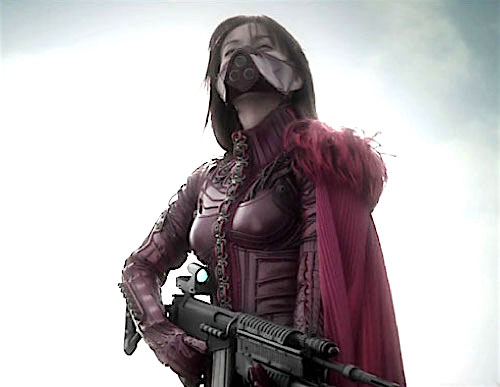 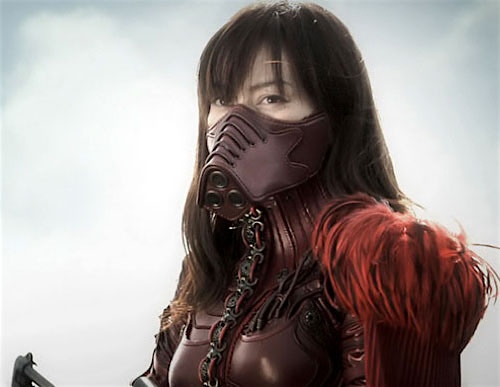 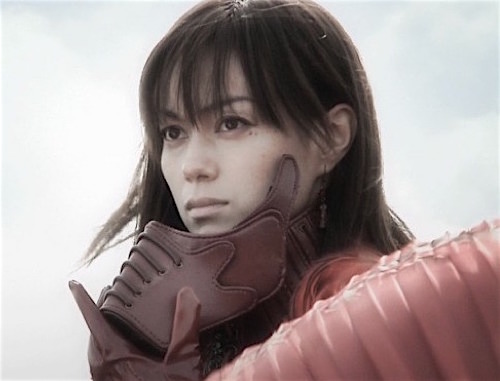 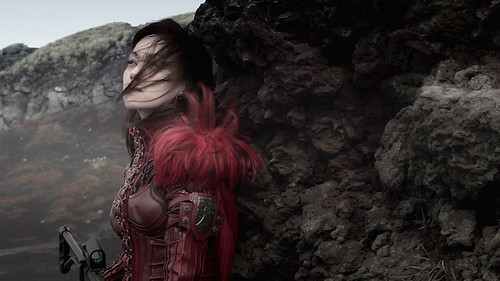 Besides the overt soft-focus throughout most of “Assault Girls” (at the very less intrusive than Oshii’s earlier “Avalon” - and NO, I don’t need my visuals crisp clear like hi-def-digital), I adored the design aspect of the film’s characters - very much like a post-Apocalyptical “Mad Max” (for lack of a better frame of visual reference), manifest in hyper-manga! What awesome 1/6th-action figures they’ll make too! LOL