Posted by TOYSREVIL on May 10, 2016
Godzilla crosses over with Evangelion … now, take a moment for this notion to sink in a bit … then feel free to rave about it, as I certainly did, or not, no worries :) 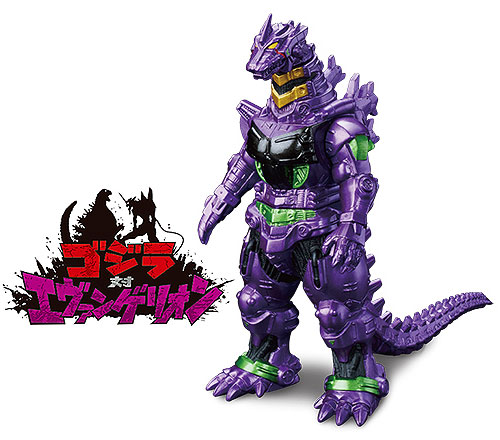 With the pending "Godzilla Resurgence" / "Shin Godzilla" revital feature film coming in Summer - co-directed by Hideaki Anno (creator of "Evangelion" anime) and Shinju Higuchi (director of the live action Attack on Titan films) - a new crossover concept has been announced and made for pre-order, featuring Mechagodzilla painted in the colors of Evangelion Unit-01! 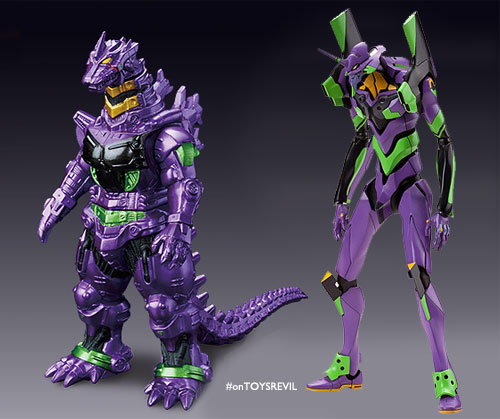 The "Mecha Godzilla Test Type Version stands 6.7 inches (Height 17cm × depth 18cm × width 8.2cm) tall, and can be purchased exclusively through 7-Eleven Japan. Priced at 3,880 yen (US$36) apiece, the cost includes a ticket to see "Shin Godzilla" in the cinemas, along with the PVC collectible.

In lieu of more pictures of the product, I leave you folks with the trailer for "Godzilla Resurgence" instead!