After the "recruitment-anime" from McDonalds' come to light, yet another "cooperate" related project has been unearthed on the internets, this time from the not too distant past, with "NEXT A-Class", promoting German brand "Mercedes Benz"'s "A 180" vehicle in Japan!

Produced by Production I.G, the 6-minuter was released circa late-2012 (the vehicle was released to the public early-2013), and seen in the video embedded below, the animation still holds strong till today! #ENJOY

SYOPSIS: "In the not so distant future, to cope with the traffic jams and verticalization due to the increased population, the city of Tokyo was reconstructed under the theme of city sharing in which people share the urbane space by transforming the roads and city structure by time of the day. A woman named Nico is walking in the city. She is having her long-awaited day off; however, she does not know what to do and who to hang out with. She hopes an exciting thing suddenly happens.

Then, a truck passes right before her eyes. The loud music and flashy decoration of the vehicle reminds Nico the car it that everyone's talking about on the internet. As soon as Nico sees it, she runs after it, then runs into Gatsu and Makito. Nico gets in their latest A-Class and they chase after the truck driving through the city that is changing its form rapidly." (Text: myanimelist.net / AniDB) 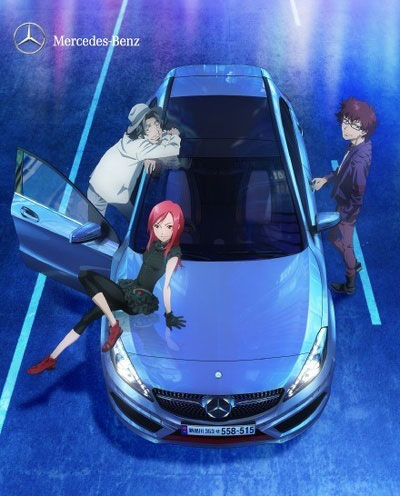