PLOT SUMMARY: "In modern Japan, where history has strangely overlapped with reality. There, seven "Kings" with great superpowers existed. Along with their clansman to whom they shared their own power with, the kings each formed clans. Order bound by blue, red flames that cause chaos, irregularities that shine in white, and reforms branched off into green. The Kings, each with their own abilities, now... With "jungle" once again jumping back into action, the fates of the various Kings are brought together." (www.gogoanime.com) 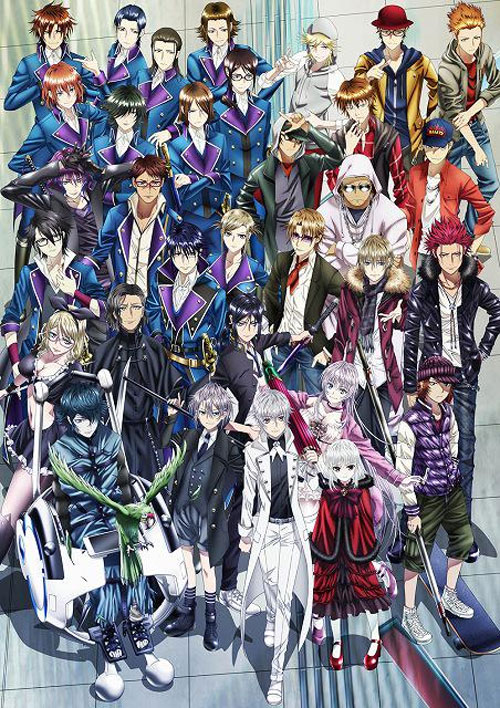 I am unfamiliar with the anime, having only caught a OVA not too long ago (out of curiosity), and it truly made me feel "lost" as I no doubt had to have followed the previous series to understand he scenarios and know who the characters (main or sub) are, and therefor able to enjoy the show … does that mean I have to watch the season before "Return" to be able to enjoy and understand it?

As of this post, the first episode has aired. Meanwhile, screengrabs of the above preview PV can also be found HERE on FB :) 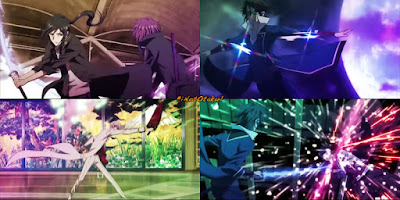 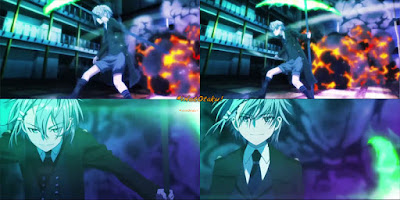 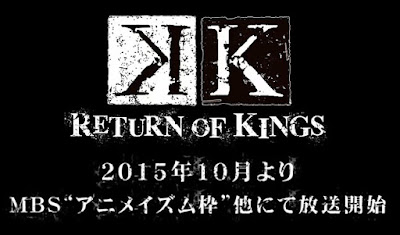 WHAT-IS: "K Return of Kings is the 2015 anime series and second season of K produced by the studio GoHands and directed by Shingo Suzuki. It is slated to air 2 October, 2015 for MBS, TBS, CBC, and 3 October, 2015 for BS-TBS and AT-X. Airing will be scheduled for for every Saturday. It's been licensed Viz Media for North American distribution.

Directly follows the events of K: Missing Kings and K -Count Down-, it has been almost a year since the Ashinaka Island Incident, and is set in winter 2013. Yashiro Isana finally makes the decision to act against (Wiki / k-project-come-back.jpn.com)