Posted by TOYSREVIL on July 06, 2015
With the series completion of Plastic Memories last week I had been looking at what new anime series to begin, considering if I want to in the first place, or slow down and enjoy my existing watches (which essentially remains World Trigger, as most others are completing or supposed to have completed…).

Kekkai Sensen Ep12 finale is still not "live" (which is fine as I do not want the series to eeeeeend!), and next week, I am adding GANSTA. to the Sunday watch-list! So until then, here is/was yesterday night's #sundayanimetrip - featuring a couple of oldies and a new series begins! BE WARNED = #SPOILERS AHEAD! 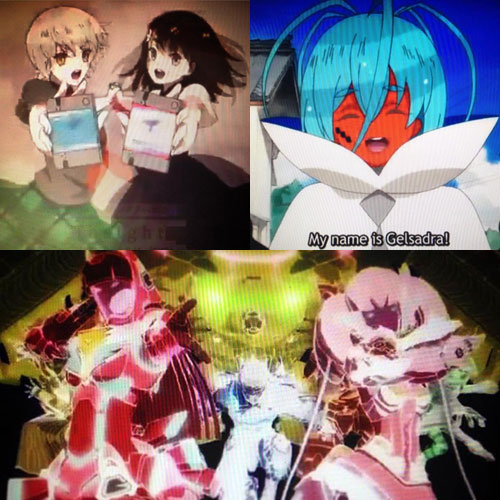 Started the night with Episode 1 of Gatchaman Crowds Insight (AKA "Gatchaman Crowds Series2"), which spent no time in introducing a host of new characters - including a newsgirl "Tsubasa", a new kawaii-alien "Gelsadra" and we even witness a NEW Gatchaman being anointed! The Gatchaman from the first series returns (We've seen them in action in Ep#00). Hajime is her same old kookie-self, and this time she has Katze trapped INSIDE of her (whom she speaks to very often), Sugane is studying and carries around his katana wrapped in cloth behind his back. Joe is working as a special secretary to the prime minister. O.D. is a regular co-host on a television variety show. We get to see Rui for a glance this time (versus the action-packed Episode #0).

We see Hajime, Paiman and Utsutsu in the opening scene "welcoming" the alien. Paiman remains the same, while I am glad the creators had depicted Utsutsu has slightly "grown-up", being more lanky like an older tween? At least she is not in a two-piece lingerie like last time LOL

All in all yet another head-scratcher of an episode (like somewhatthe entirety of 'Crowds'), with either something lost in translation, or I am simply not hip enough to the hype of modern-urban-speak in Japan.

The only thin-reason of having me to come back for more, is that they are showing the mecha-styled transformed "G-Suits" more! And yes I would love to have them as action figures LOL … but in all seriousness, I would not bother to. 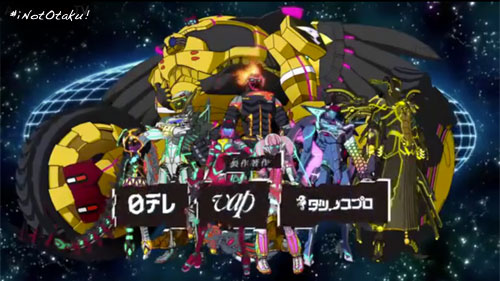 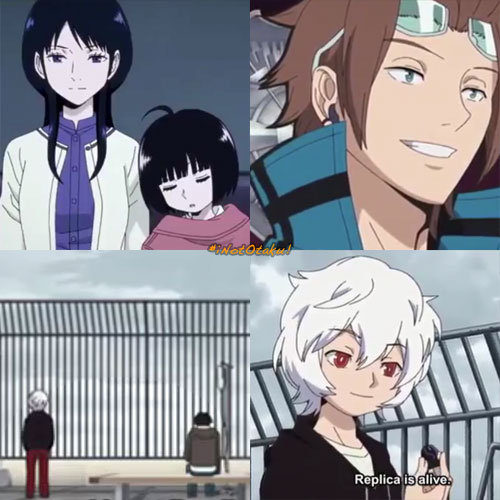 World Trigger Episode 37 had a nice re-introduction to the primary agents operating in "Border" utilizing a decent rationale of a gimmick, which to me is helpful, and reminded me of my favs LOL

Other than that, Osamu's mum talks, and more heartwarming incidents were revealed (more connected to whom had visited Osamu's bedside while he was unconscious - nice touch this), and Kuga/Kuma visits Osamu as he wakes up. Their conversation about Replica and his "passing" was nice interred intro to what to expect hopefully within the episodes of this 50-parter!

The episode ended with a very practical humanity-inclusive incident, dealing with the aftermath of the Neighbourhood invasion … and it's "origins" ... which no doubt would lead to subsequent episodes 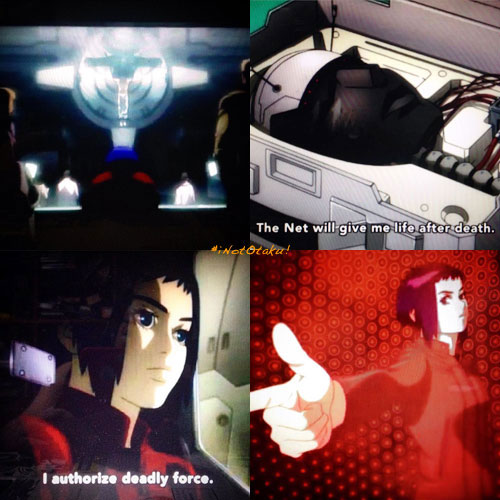 Episode 10 for ARISE ALternative Architecture might have been "live" for some time now, tis just that I had not clicked on the episode link to watch it (I view all these anime on a secondary streaming site, alas…) - and it was a swell conclusion to the "Pyrophoric Cult" 2-parter, with plenty of fire fights and cyber-warfare.

Ep10 was a brand new animated episode (as was Ep9) added to the re-edited Alternative Architecture series which utilized the ARISE movies re-edited to fit a weekly story structure.

Truthfully, the animation here did not exactly thrill nor excite, and is in some ways inferior anatomically to the ARISE movies, but visually offered more movement of characters and camera. Good fun and refreshing overall!

My weekly #sundayanimetrip begins with a new episode of #GatchamanCrowdsInsight #anime and introducing the newest & latest member of #Gatchaman!