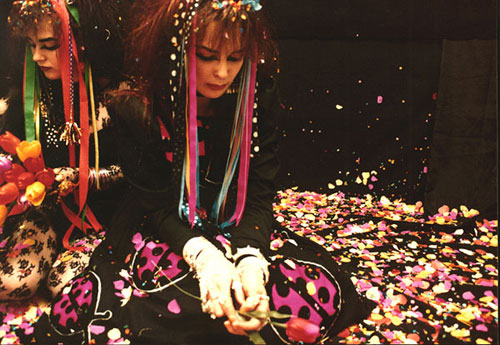 The notion of "gothic lolita" is not new, having been exposed to it since the mid-late-80s ironically via British new wave band Strawberry Switchblade (whom I adore), and now seeing a resurgence in the character "Rory Mercury" as seen in the recent anime-adaptation-from-manga Gate: Jieitai Kanochi nite, Kaku Tatakaeri!

This particular blogpost is just taking a glimpse at both the band and anime character design ~ Enjoy :) 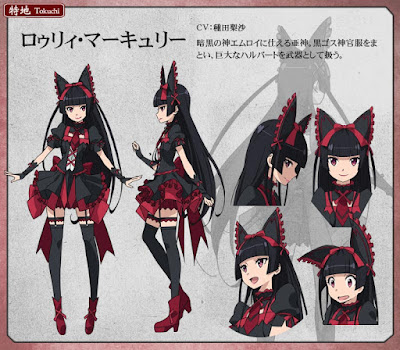 WHO-IS: "Rory Mercury (ロリー·マーキュリー Rorī Mākyurī) is a demigoddess and an apostle of Emroy, the God of Death. Despite her age, she has the appearance of a 13-year-old. Demigoddess and the apostle of Emroy the god. Despite of her delicate frame, she is widely known as Rory the Reaper, who will smash her enemies with her gigantic halberd with no mercy. Her gothic lolita dress is an outfit for priestesses." (Wiki)

Introducing #RoryMercury in S1E3 #GATE #Anime ... Am starting to like this series :)

WHAT-IS "GOTHIC LOLITA": "Gothic lolita, sometimes shortened to GothLoli (ゴスロリ gosu rori?), is a combination of the Gothic and Lolita fashion. The fashion originated in the late 1990s in Harajuku.

Gothic Lolita fashion is characterized by darker make-up and clothing. Red lipstick and smokey or neatly defined eyes, created using black eyeliner, are typical styles, although as with all Lolita sub-styles the look remains fairly natural. Though Gothic make-up has been associated with a white-powdered face, this is usually considered poor taste within Lolita fashion circles.

Elegant Gothic Lolita (EGL) and its masculine equivalent elegant Gothic aristocrat (EGA) are sub-styles of gothic lolita and of aristocrat fashion, championed by the visual kei rock musician Mana with his fashion label Moi-même-Moitié, and influenced by steampunk fashion." (Wiki) 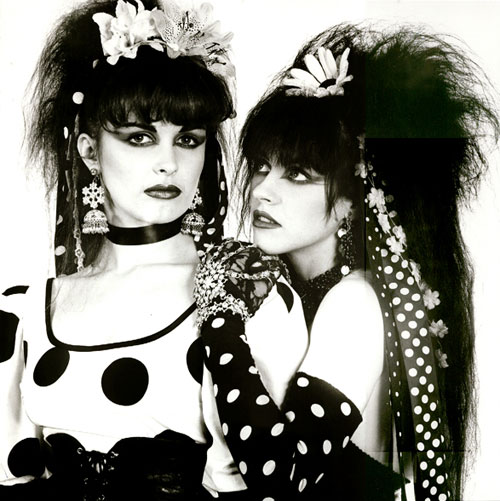 WHO-ARE: "Strawberry Switchblade was a Scottish indie pop-rock female quartet sporting gothic sensibilities. Formed in Glasgow in 1981, the band became the duo of Jill Bryson and Rose McDowall in 1982, and had a minor hit in the mid-1980s with their song "Since Yesterday". They were signed to WEA Records by Bill Drummond." (Wiki) 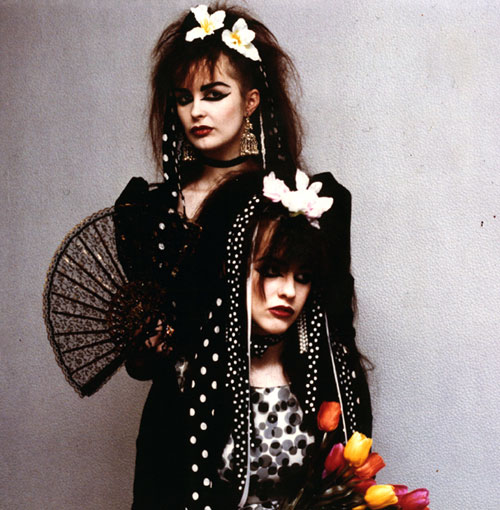