Posted by TOYSREVIL on June 08, 2015
**You can check out hashtag #sundayanimetrip on my Instagram @toysrevil for when I IG "live" what I watch every weekend (on Sundays), and as well feel free to CLICK THRU to view my blogged summary each week on #iNotOtaku! :) 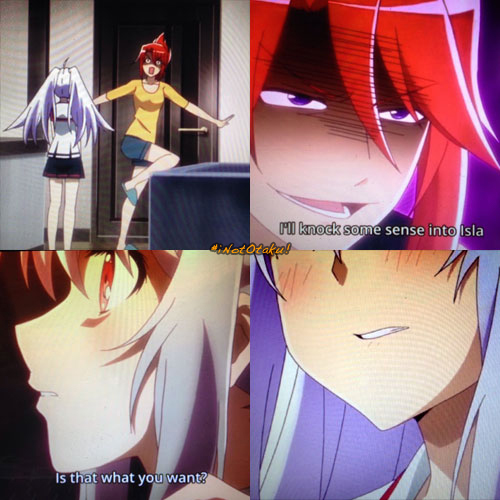 Plastic Memories Ep.9 continues the path of Tsukasa & Isla's developing "relationship", with a somewhat sweet resolution to the status. What I enjoy so far is also that the protagonists are pretty much open about their feelings, especially so Tsukasa, who essentially lets EVERYONE in the office knows about his love for Isla, and most everyone involved in trying to make their relationship work. None of that "love you secretly in my heart" trope LOL

I tried to keep the screengrabs "spoiler-free", but alas am unable to … so, SPOILER AHEAD!: 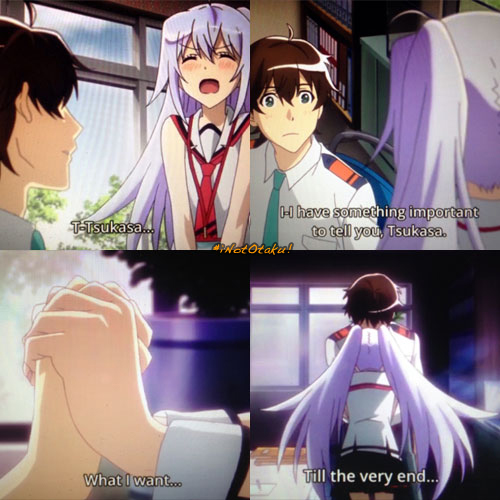 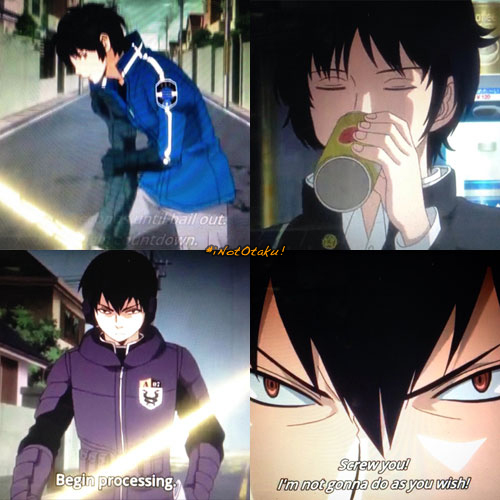 World Trigger re-introduces and reminds folks of squad members previously seen, and as well Jin's "Side Effect" future predictions are taking effect … although this fight with Aftokrator visitors is testing my patience with it's prolonged battles, although I am easily placated with the introduction to various squad members both old and new, and introducing "new" powers, or rather "more" ways of utilizing existing powerswith Border Triggers. 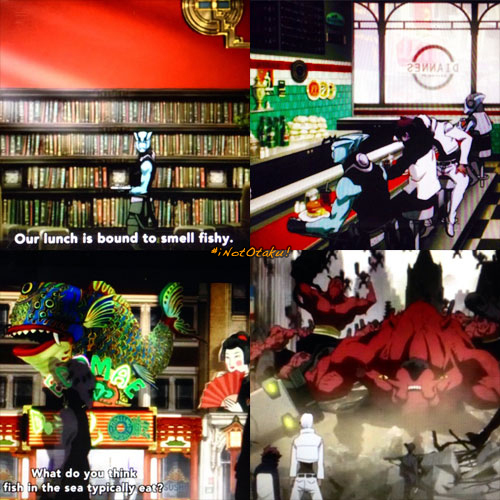 Kekkai Sensen takes folks on a tour of the various eateries in Hellsalem, as Zapp tries to haze-n-faze Libra-newbie Zed, while Leo succumbs to his hunger pangs and worships the God of Food LOL - all these while we are introduced to another supernatural aspect of the lore, with a slightly delve into the history behind the character "Black", whose intent is made clear by the end sequence of this episode. Can't wait for the next!

Blood Blockade Battlefront has impressed me greatly so far with it's varied emotions depicted, oodles of humor and splendid design for an anime, an anime I look forward to the most weekly :) 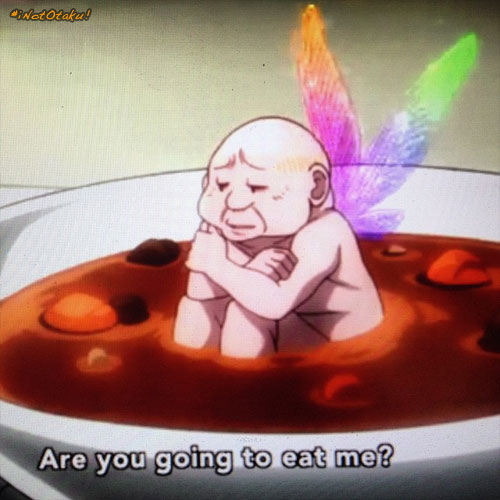 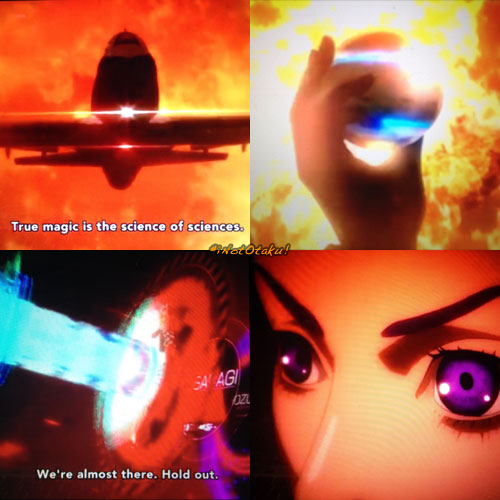 ARISE Alternative Architecture Ep.9 is one of the reported episodes concocted originally to bridge the re-edited ARIE feature films into the tv series format, with Ep.10 continuing.

"a recompilation of the four original films in a television format, will start airing on April 5, 2015. This airing will include two all-new episodes that will help tie Ghost in the Shell: Arise with the upcoming 2015 animated film Kōkaku Kidōtai Shin Gekijōban." ()

The animation style is visibly different from the movies (ever so slightly) and visual style somewhat different and more dynamic than before, though anatomy not as polished.

Sorry, folks, not a whole lot of screengabs to show for this ep, as I was spending more time watching instead hahaha -loads of physical action and cyber-battles to be had, moreso than I remember in other eps, IMHO.