A Peek at 1/6 GUTS Berserk from Threezero 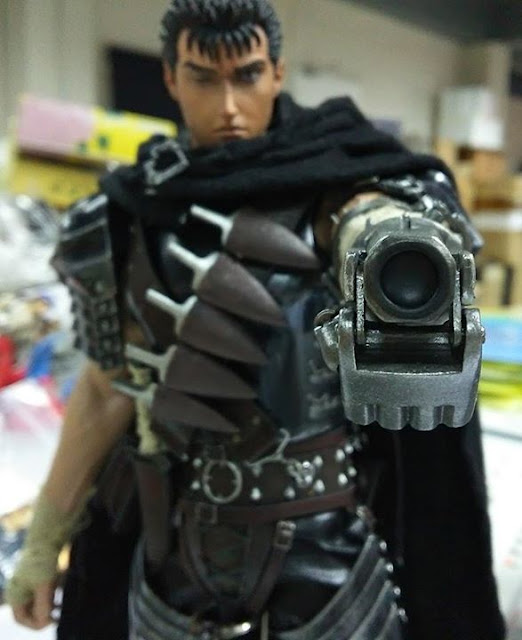 Threezero unleashes a peek at their 1/6th-scaled "GUTS" figure (as spotted on head-honcho Kim's desk) from their "Berserk" line, based on the dark fantasy manga made anime and movie series.

The last time GUTS was made into an articulated action figures was by Dragon Model released circa 2003. I managed to snag one in Hong Kong a year later in my sole trip to the beloved island of toys back in the day, but near really unboxed it, come to think of it … might have to dig it up for some snaps haha