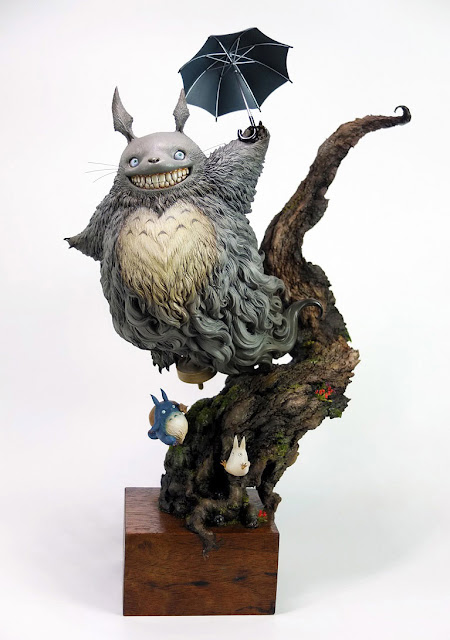 Remember THIS splentastic sculpt of Totoro seen at the recent "Amazing Japan Model Expo 2015" (Blogged #onTOYSREVIL / on #iNotOtaku!)? I could not not know further details of the piece and finally managed to track it down to this individual known as "Haruki" on deviantART, with this piece being a submission for a modeling contest, and not a production piece (as folks hoped it to be)! This was what Haruki-san had to share with me; 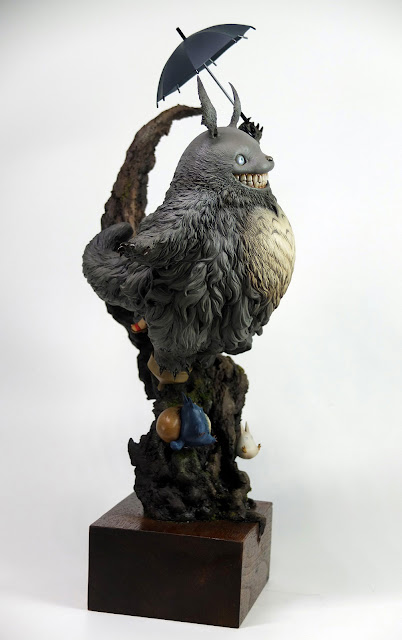 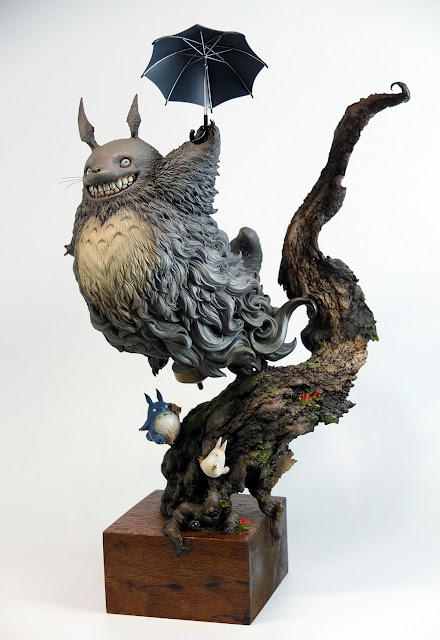 The height of this schweet sculpt stands a total of 30cm, with Totoro itself sized 20cm tall. Haruki mentioned that he had used super sculpey for the piece, and it took him half a year to finish! But I think the effort was worth it, as the result was that he was awarded the championship in the contest! *CONGRATS*

It had initially started with just Totoro himself (which Haruki liked the character of, so chose to depict him for the contest), but since added the White and Blue Cat Spirit characters, and even the umbrella was sculpted. And yes, that IS Mei-chan being engulfed in Totoro's body fur at his back! That humorous touch clinched it for me, personally :)

Head on over to his blog at harukicorporation.blogspot.jp to view behind the scenes, as well his dA at haruki-c.deviantart.com for more of his works! Thanks for the trouble, Haruki!

As for it being a "production piece", anyone interested to work with Haruki for this? *wink* 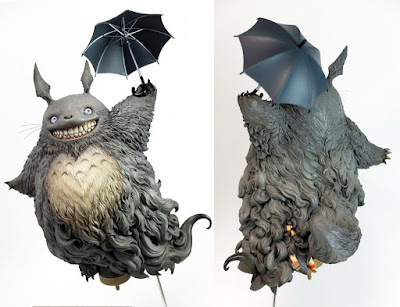 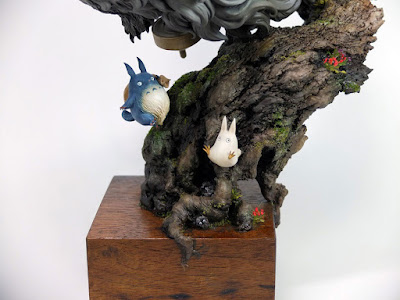