Posted by TOYSREVIL on April 27, 2015
When I first read the synopsis for PLASTIC MEMORIES, the first thing that popped into my mind was "BLADE RUNNER" - how "Replicants" and their limited life-span parallels that of "Giftias", and that intrigued me … but the similarities stops there, as the gloomy wet darkened atmosphere of Ridley Scott's classic is replaced by cheery brightly colored trappings of a utopianan-ish future, but with a heap dose of gloom as well… 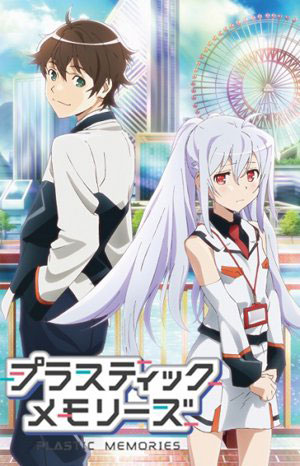 PLOT SUMMARY: "This story takes place in a future not too far away when androids that look exactly like humans begin to spread across the world. The android production company SA Corp. produced Giftia, a new kind of android that has the most amount of emotion and human-like qualities out of any other model ever seen. However, due to problems in technology, the androids have a service life, and once they pass that, they... Well, it gets pretty bad. For this sake, SA Corp. creates a terminal service in order to retrieve Giftia that have gone past their service life. A new employee at the terminal service named Tsukasa Mizugaki forms a team with the Giftia Isla to retrieve the other androids, but..." (gogoanime.com)

I'd managed to gulf down all four episodes released thus far, and enjoyed it enough to follow the series (for now). Reasons include that it is not your regular "anime"-cliched notions of adventurous quests, supernatural feats and giant mechas (all of whom I adore, mind you), but veer toward the somewhat "normalities" of mundane live, but of course with a fantastical twist.

This anime parallels my desire for concepts likened to "Death Parade" and "Psycho Pass" which deals primarily in "human" thoughts and actions. And while I hardly find the antics of "Tsukasa" "endearing", tis the pathos from "Isla" that keeps me interested to find out more, about her situation and predicament. Any further I explain will spoil whatever the four episodes can thus far reveal, I'm afraid hahaha

The designs are well "mild" with somewhat cliched anime-tech uniforms, and environments are mundane and regular, which in this instance does not distract he viewers (in my own eyes, anyways), so that is somewhat "refreshing" haha

And while I can hardly say this anime is a MUST-WATCH as it is too early in the game for me to decide, I will personally chase this, as long as it remains interesting :)

Check out their official website at plasticmemoriesusa.com for more (In Japense language), which also points to their various social media outlets. 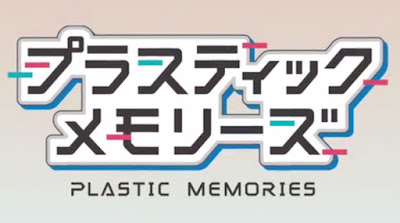 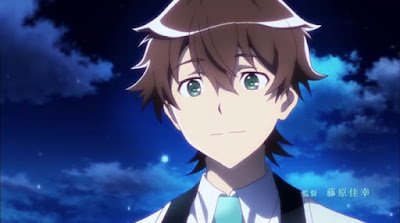 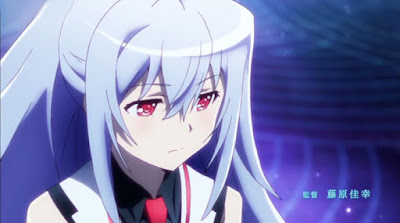 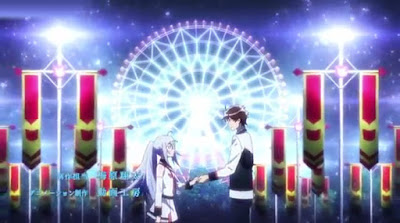 WHAT-IS: "Plastic Memories (プラスティック・メモリーズ Purasutikku Memorīzu?) is a Japanese anime television series produced by Doga Kobo and directed by Yoshiyuki Fujiwara. The story was conceived by Naotaka Hayashi, who also wrote the screenplay, with original character design by Okiura. The series premiered in Japan on April 4, 2015." ()

Above is the Opening theme for Plastic Memories is “Ring of Fortune” by Eri Sasaki. Above is the nightmare" version (ie: song sped up), but you can check out the OG version here on youtube (embedding disabled :p). Embedded below is the Ending for Episode 3: