MY TOP TEN FAV ANIME THEME SONG #1: "Duvet" was used as the opening theme for SERIAL EXPERIMENTS LAIN, and was written and performed in English by the British rock band Bôa (NOT the Korean / K-Pop star "BOA" :p), and remains an ever favorite from "the good old days" of anime. 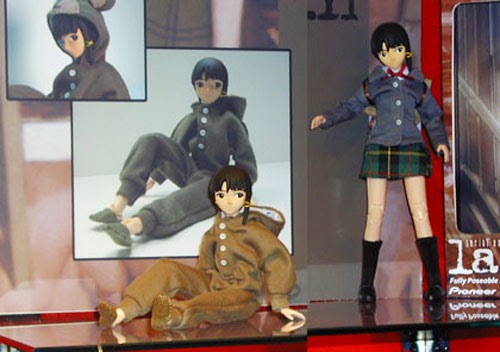 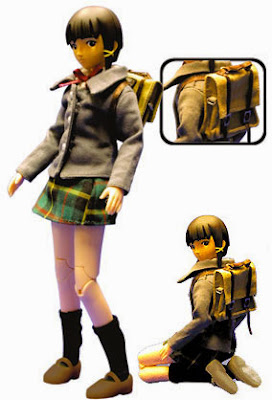 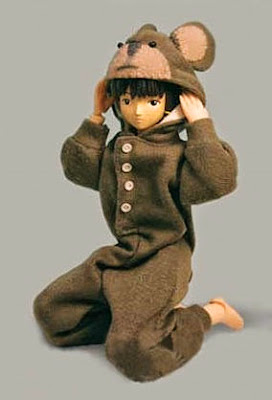 I am filled somewhat with more than a tinge of "regret" for kitbashing my action figure of the LAIN figure I managed to score years ago, over a decade back in the early 2000s actually, where there were 2 versions to be had: Lain in Schoolgirl Uniform, and Lain in her bear pajamas. These articulated dolls from Toynami stood 8 inches tall, and fit decently with my 12" figures, literally as a teenager - 1/12th scale versus 1/6 scale tho (Product & Display images and info via icv2.com + rightstuf.com) … although one sole thing that irk me somethin'fierce, was that the facial colors were totally different from the neck down and body color tone LOL

Nevertheless, I had tons of fun posing her with my "anime" face 1/6-scale "family" :) 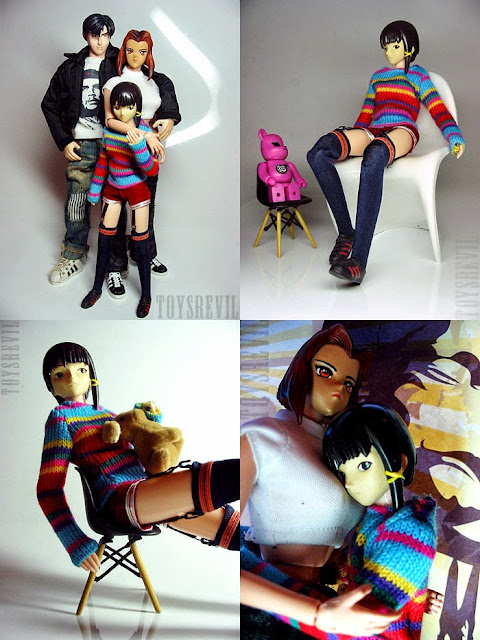 WHAT-IS: "Serial Experiments Lain (シリアルエクスペリメンツレイン Shiriaru Ekusuperimentsu Rein), is an anime series directed by Ryutaro Nakamura, with character design by Yoshitoshi ABe, screenplay written by Chiaki J. Konaka, and produced by Yasuyuki Ueda for Triangle Staff. It was broadcast on TV Tokyo from July to September 1998. A PlayStation game with the same title was released in November 1998 by Pioneer LDC.

Serial Experiments Lain is an avant-garde anime influenced by themes such as reality, identity, and communication.[1] The series focuses on Lain Iwakura, an adolescent girl living in suburban Japan, and her introduction to the Wired, a global communications network similar to the Internet.

The series demonstrates influences embracing philosophy, computer history, cyberpunk literature, and conspiracy theory, and it was made the subject of several academic articles. " (Read More on Wiki)

Bôa in their OG MV: 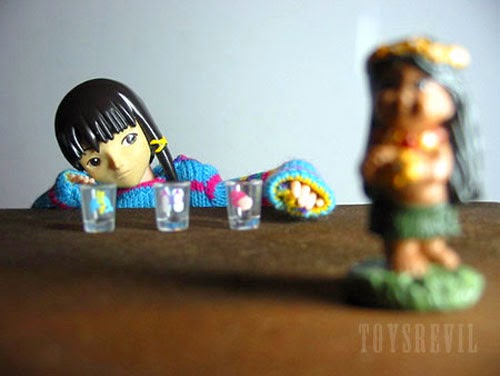