Having just blogged about the closing theme song for Space Dandy, I decided to start watching Season 2 of the anime, and "discovered" SPACE DANDY BE@RBRICKS seen in Episode One! Although fictional in depiction, I've since found an actual production Space Dandy BB from Medicom Toy! And Medicom even used the screen-image to use as their blister-card design too LOL 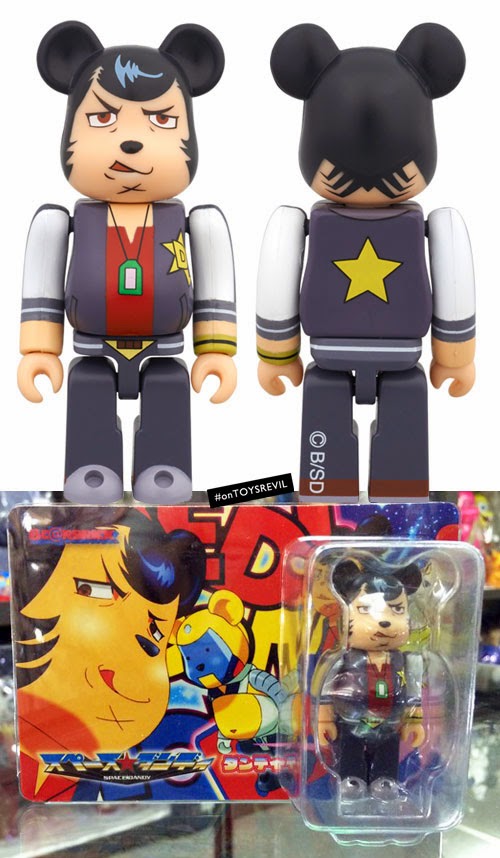 Released September 2014, this 100% BB
had a SRP of ￥1,500 (Packaging pic via)
I LOVE discovering these toy x anime things, even tho I might be slightly later than others at times :p ... Here's hoping the vaccum-cleaner-ish robot "QT" and cat-like alien "Meow" will also get the BB-treatment eventually … but that would mean I'll haveta snag this one before it becomes too expensive or out of stock, no? Any retailers out there who want to gift me one in return for a possible blog-ad-space-contra? *hint-hint*
BEARBRICK Medicom Toy Space Dandy TOYS