The opening song for LAST EXILE - FAM: THE SILVER WING, which I remember always never fails to elicit excitement when I hear it and watch(ed) the opening sequence! This is one of two songs on this list, and it was a slight struggle to chose which goes where in the top ten!


When I started watching the anime on local cable channel Animax, there wasn't much by way of "toys", but since there have been some, including a couple of 1/8th-scaled PVC figures from Kaitendo - featuring the series main protagonist FAM FAN FAN (Amazon) and ALVIS E. HAMILTON (who has "grown up" since seen in "Last Exile" / Amazon). It's a pity they did not make GISELLE COLETTE tho, as she would've made a swell partner with Fam, like in the anime! I know I'm dreaming for a gashapon figurine set, which includes their Vanship! 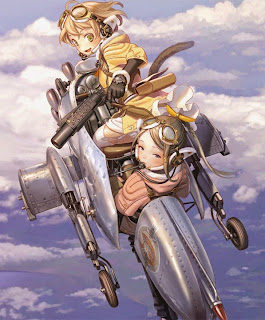 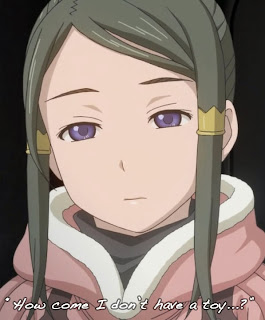 SYNOPSIS: "Set four years after the events of Last Exile, Sky Pirate Fam Fan Fan performed a routine Skyfish Hunt, but became involved in international matters when she intervened against the Ades Federation. Ades intends to unify world under their rule, but many nations resisted, including the Kingdom of Turan. Seeing its princess in trouble, Millia il Velch Cutrettola Turan, Fam decided to help Millia in her quest to save Turan. However, Turan fell and Millia was devastated for losing her kingdom. Seeing the princess in need, Fam volunteered to be her "wings" until the day she can restore Turan and bring back the days of the Grand Race." (Wikia)