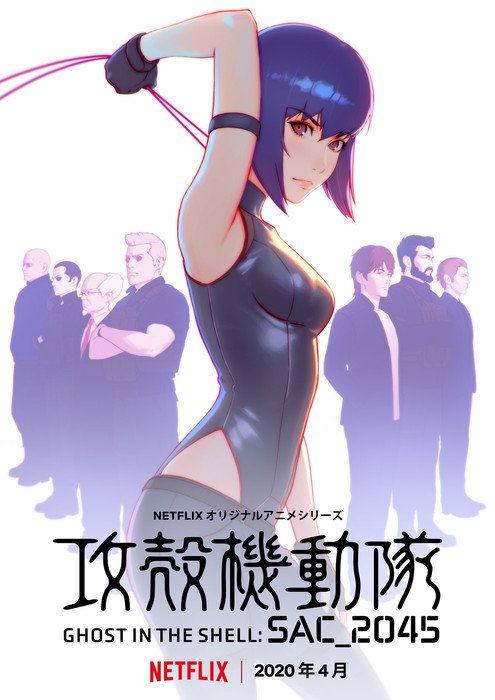 The first official trailer for Ghost in the Shell: SAC_2045 has launched, with this animated series premiering on Netflix in April 2020 ... and I've really got to say, the aesthetics look really dubious, like a step-up from 90s computers-rendered cartoons, but with an attempt at shading it smoother. I certainly hope the story'll be able to keep my attention, truth be told.

"In the year 2045, the world has entered a systematic "Sustainable War." Hired as a mercenary unit, the former members of Japan’s elite Section 9 are faced with the sudden appearance of “Post-Human,” a being with tremendous intelligence and physical capabilities."