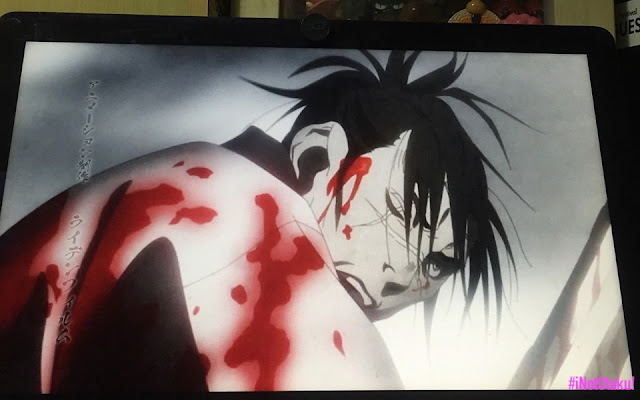 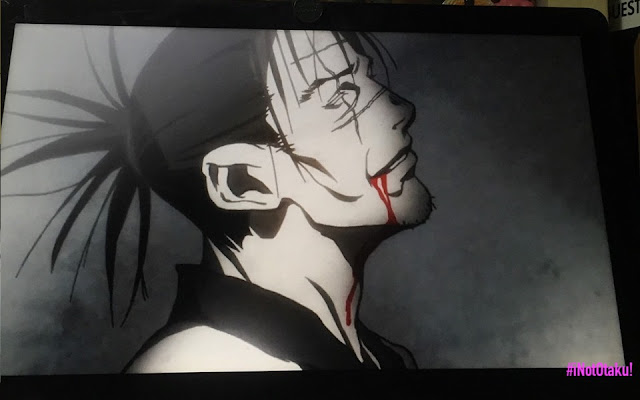 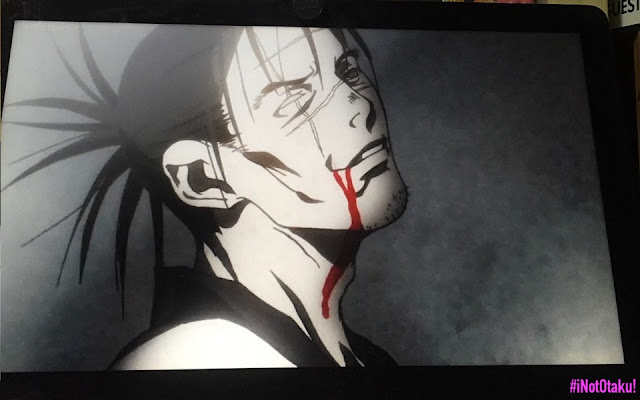 The aesthetics is as the promo images are, and some select images I'd snapped off my screen, within the first few seconds/minutes of ep.1, when I was subsequently riveted. The visual presentation is highly stylised if not symbolic or outright macabre, if episode one was any indication of what is to come in future episodes. Make no mistake, this is NOT for kids nor folks looking out for "Samurai-X / Rurouni Kenshin" nor "Samurai Champloo" hyper-anime action-fare, which feature the lore of rogue samurai and yojimbo. 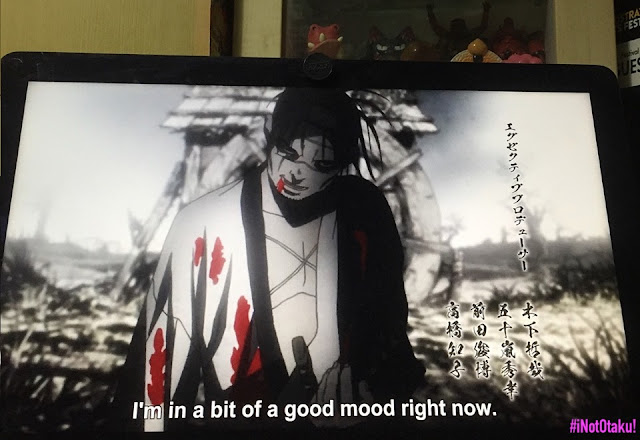 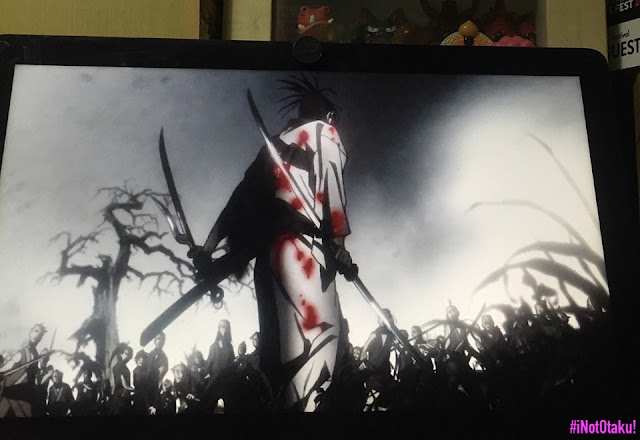 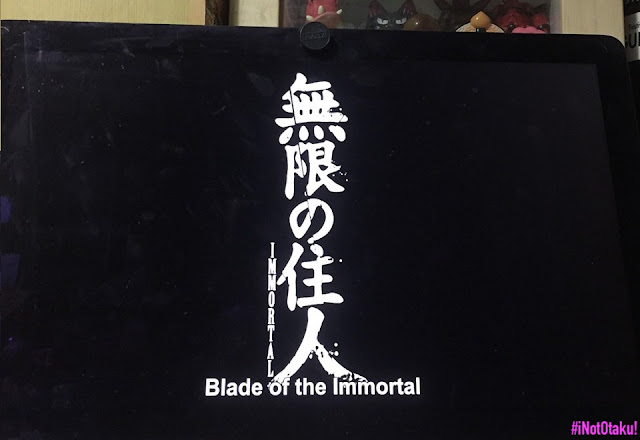 The resulting "poetry" escape my non-existent understanding of the Japanese language nor nuances (the English subs does not help much but explain the situation), and might even test the patience of viewers expecting a fast paced tale, but to those who are? Perhaps you be rewarded with a verve I've not seen for ... well, to be utterly fair, perhaps I've not watched enough anime to opine on this, I'm afraid.

DESCRIPTION: "Edo, an era of warriors. There lived an immortal man, the Slayer of Hundreds, 'Manji.' He meets Rin, who has sworn vengeance for her parents. Rin's grudge is against a group of swordmasters – Ittou-ryu. She asks Manji to be her bodyguard on her journey. He refuses, but then sees his late sister in Rin. So began the violent struggle that would bring even the immortal Manji to his knees." (Watch on Amazon Prime)

"Blade of the Immortal" has been made anime in 2008, and a live action feature film in 2017 (Watch on Amazon / Blogged ). My first ever experience was with the Dark Horse comicbook adaption from 2010.

This latest incarnation adapts the manga source, and is made by Liden Films of Japan, interestingly in a visual aesthetic very much unlike what their website shows of their other recent offerings, IMHO. A allocated "24 episodes" to be had (Source), with weekly episodic airings.

I am staying for this for as long as my patience allows me, and my restlessness for adult-orientated anime is sated.


BUY BLADE OF THE IMMORTAL on AMAZON: