2 of the biggest Japanese pop culture event organisers in (South East) Asia is joining forces to unleash a powerhouse event to the region, with SOZO’s Anime Festival Asia x Sots’s “C3 Tokyo” now becoming a single event for 2017! (Dates listed at bottom of this post) - sort of like two robots combining to form a larger giant robot LOL … In short, “AFA” is no more, welcome “C3 AFA”! 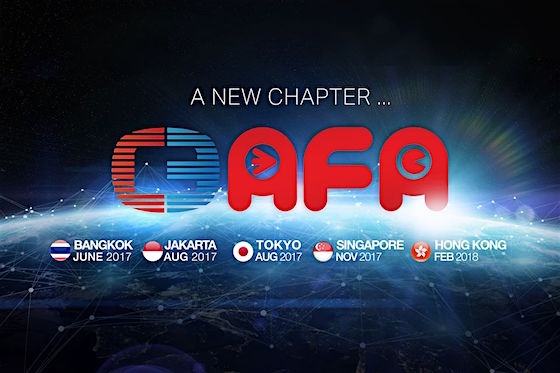 The collaboration will bring new contents to consumers who are already familiar to both the C3 and Anime Festival Asia brands. SOZO, part of the Sony Music Entertainment (Japan) Inc group has been organising Anime Festival Asia since 2008, bringing Japanese pop culture content to South East Asia countries such as Singapore, Indonesia and Thailand. Sotsu Co. Ltd is Japanese powerhouse managing animated products such as the famed Mobile Suit Gundam series and producing animated and live-action programs.

Sotsu and SOZO will unveil the first installment of C3 AFA in June 2017 in Bangkok, continuing with the other cities which they already have experienced track records in, including Jakarta, Tokyo, Singapore and Hong Kong between 2017 and 2018.

About “AFA” Event
Started in 2008 in Singapore by SOZO. With artiste concerts and many stage programmes, it is the largest Japanese Pop Culture Event in Southeast Asia. With its 2016 edition covering three countries, it saw a total of over 210,000 event attendees over the three countries (94,000 in Singapore, 62,000 in Indonesia, 55,000 in Thailand).

About C3 Event
Started by organiser Sotsu in 2000 in Tokyo with “Character, Culture and Contents” as its focus. Its strength lies in the many character goods manufacturers exhibiting at the event. In 2009, the event began its East-Asia expansion to Hong Kong, and reached Beijing in 2016.