Extended teaser for director Takashi Miike's live action adaptation of Hiroaki Samura's manga “Blade Of The Immortal” - scheduled for a 2017 premiere in Japan.

The character design fits the manga, and with Takashi’s recent satisfying “13 Assassins” period drama under his belt (I cannot say the same for his live action “Tera Formars” tho :p), this looks to be an exciting film to be had!

Understandably certain members of the viewing public had been going on about the “over-saturation of comicbook superhero” transitioning from the printed page to big screen, whilst I’m of the persuasion that it is a boon era for geeks of the sequential cartoon-panelled story-telling world (*raises-hands*), that we get to see all types of comicbook and manga come to “life” no! Well, regardless of some successful ones (my vote goes to “Assassination Classroom”!) and some wondrous duds (I’m looking at you “Attack on Titan”), but hey, better to have “choices” than to have none, I say! LOL

SYNOPSIS: "Manji's younger sister is killed in front of him. With his wrecked body, he still takes revenge. A mysterious woman appears in front of Manji and gives him eternal youth and immortality. Rin Asano’s parents are killed by the swordsmen group "Itto ryu” and her parents’ fencing studio is destroyed. To take revenge, she asks Manji to be her guard. Rin and Manji begin their fight against "Itto ryu”."

Mugen no Junin; Blade of The Immortal; The Inhabitant of Infinity; 無限の住人 is scheduled for an April 29th, 2017 release in Japan. 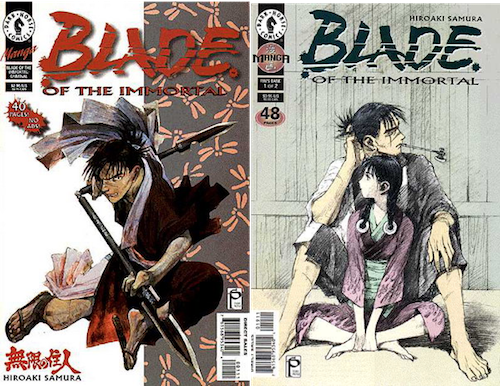 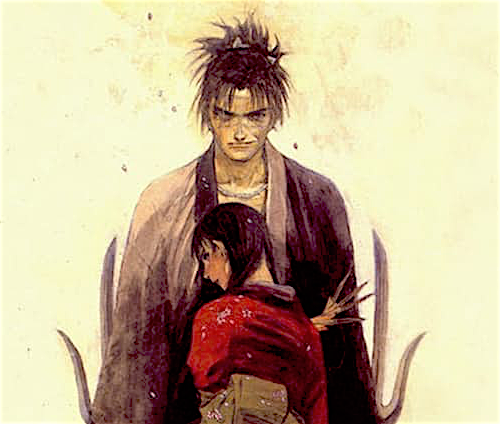 ANIME SYNOPSIS: "Manji is a crass, violent samurai with a special ability: he cannot die. Cursed with immortality by the nun Yobikuni as punishment for his ruthless deeds, he has grown weary of his ageless life. The only way to lift the curse is to slay 1,000 evil men. So Manji wanders Japan, shedding the blood of the wicked on his quest to finally die."

Blade of the Immortal film video