Cat In A Catbus 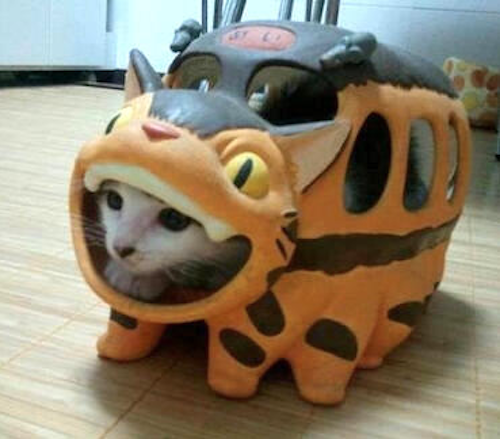 "The Catbus (ネコバス Nekobasu?) (referred to in the film as ねこのバス, Neko no basu) is a character in the Studio Ghibli film My Neighbor Totoro, directed by Hayao Miyazaki. It is a large creature, depicted as a grinning, twelve legged cat with a hollow body that serves as a bus, complete with windows and seats coated with fur,and a large, bushy tail. The character's popularity has led to its use in a spinoff film, toys for children, an art car, and being featured in the Ghibli Museum, among other products and influences." (Wiki)