"The Ultraman design is based on the original “Type A” look. (There was Type B and C in the original series. Each featured minor tweaks to the design, but the most noticable difference between each were the face masks.) The monster Ultraman is fighting looks like some variation of Zaragas, who first appeared in Ultraman episode 36, “Don't Shoot Arashi!”" (reported scified.com)

And while we all await further tangible information amidst the 50th Anniversary of the Ultraman series, the "date" mentioned in the video is "7 / 7". Dude, I would watch he heck out of this movie regardless LOL 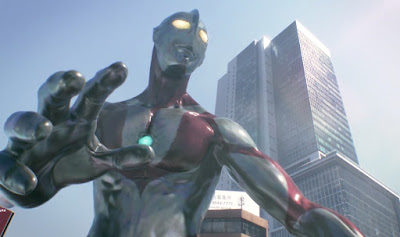