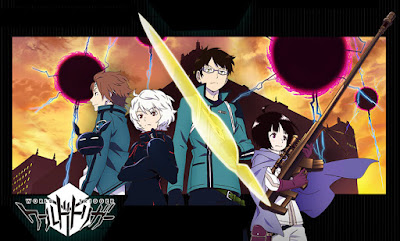 I had no idea what "World Trigger" represented nor what the contents was, nor have I heard about it in my severely limited knowledge of anime - but I had decided to click on the link, while looking randomly for anime (because the name sounded innocuous and decidedly somewhat "non-anime" in my mind, IMO), and next thing I know, I had wolfed down 26 episodes in a "few" short days, and have since caught up with the ongoing series (at around Ep.26-28) out of the previously stated 50 episodes.

Is this serendipity? Or am I missing out on too many anime I had been judging by their show titles? LOL

PLOT: "One day, in Mikado City, a gateway to a parallel universe had opened. From it, an outbreak of aliens known as Neighbors wreaked havoc across the city with their own sophisticated technology. Suddenly, a mysterious group of people brought themselves together to repel their attacks. Soon after, Border was formed, an organization researching Neighbor technology and maintaining a defense system against the Neighbors. Its members are armed with weapons known as Triggers. Four years later, the city has recovered from initial Neighbor attacks to the point where its civilians have become used to them.

Yūma Kuga is a transfer student from a foreign country admitted to a local school. There, he meets fellow classmate Osamu Mikumo and a group of bullies harassing the two. After fighting off the bullies, a Neighbour appears. One of the bullies is about to get eaten, but Osamu, actually a member of Border, activates his Trigger, but fails to defeat the Neighbor, leaving Kuga to activate his own Trigger and defeat it successfully. Kuga reveals he isn't actually part of Border, and that his Trigger is a memento of his dead father who wanted him move to Japan to join the Border. He also reveals his father wasn't part of Border either, and that he actually transferred from the alternate dimension where the Neighbors come from." (worldtrigger.wikia.com) 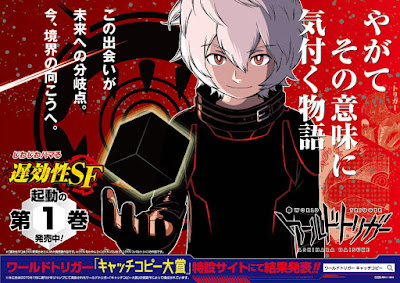 "Kuma" is the star of the show, for me, while other principals developments I am looking forward to, especially Chika's (a wee slip of a girl with a huge ass sniper rifle? AWESOME). and maybe even a little bit of Osamu (…maybe). But one of the highlights of this series, is the "teams".

The design is pleasant without overwhelmingly fantastical - which is appreciated as there is a sheer number of characters to deal with, and design/illustration style less stylized and more anime-pedestrian (compared to the hyper-stylized versions these days), veering on the murky-line of "anime-realistic" (as opposed to say, "Kill la Kill"), with a healthy touch of anime-isque antics.

Truth be told, my viewing of the first few eps left me wanting more by way of stylization, but as the story unfolds, with more and much more characters introduced, it became (more) sensible to have the illustration style more "straight forward", especially if it is intended for 50eps, maybe 'visual fatigue" was a consideration? … Or simply because it follows the visual cue from the manga LOL

Here are a couple of video sequences of the anime (SPOILERS) to have a idea of what you'll be seeing:

(World Trigger Ep#15 - Jin vs Tachikawa)
I've always enjoyed "group dynamics", and where each character plays their own designated part in a team (a very Asian trait versus the notion of individuality), and as importantly, possess their own power(s) and/or power-characteristics. The new (2nd) opening credits scene features quite a number of squads previously unseen, so there'll be more characters to gawk at in time. I am as well a sucker for "uniforms" too - from the military styled tunics in Fullmetal Alchemist: Brotherhood, to Attack On Titan, to even space suits from Terra Formars, and now "World Trigger".


(2nd OP sequence, featuring "Ashita no Hikari" (アシタノヒカリ; Light of Tomorrow) by AAA "upgraded" from ED to OP)
Watched in chunks, the journey of the anime was excitable for me, and my curiosity was met as quick as you click "PLAY" … but as a weekly wait (for 3 eps now), it can be a tad frustrating and I would no doubt loose patience, slight interest and plot, if not for the fact that each and every episode does a flashback and summarized telling of the series plot, and what had gone on in a few episodes prior. which I somehow am not appreciative of (unlike earlier on I was impatient to start each eps' happenings lol). 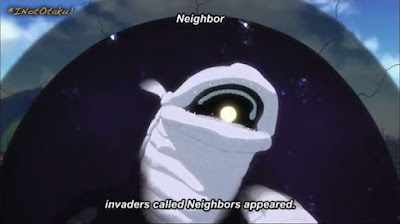 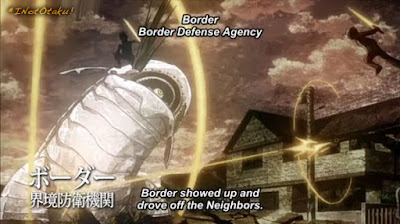 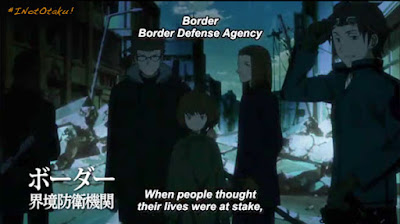 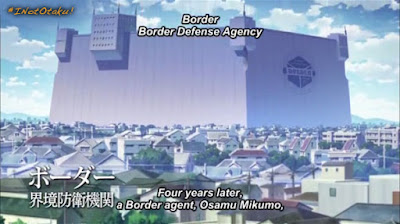 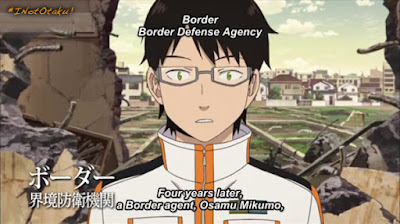 Prior to publishing this post, I might have felt differently, but since watching it, I have started a new anime "Kekkai Sensen", and THAT has my interests piqued now LOL … This is yet another manga-to-anime adaptation (I've never read the manga), and has since become a weekly watch for me.

In the end, the "characters" win out, and I want to collect a whole line-up of chibi-figurines! LOL 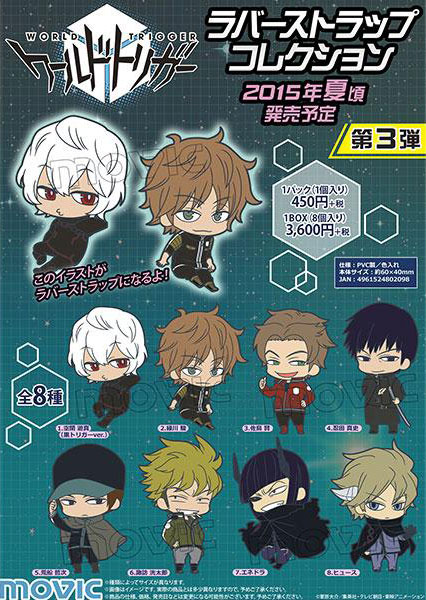 
#watching #WorldTrigger #anime and really getting into it!

Obsessed with #WorldTrigger #anime now, and frankly would rather chase this than blog hahaha but I'll finish it by the end of the week methinks :p #watching

New opening sequence, suddenly there's an ending song? Looks like Ep.27 is the start of a new season, and I am now up to speed with #WorldTrigger #anime ! The weekly wait begins again ... Oh noez!!! LOVE this anime!!!! #henglife