The track "Extra" by Ken Ishii was released circa 1995, and along with it was this music video featuring animated awesomeness made by Studio 4°C, as directed by Koji Morimoto.

It wasn't until the early-mid 2000s when I chanced upon this MV, when I first youtubed for Ken Ishii's tracks after purchasing a CD album while I was in Vietnam for a feature film production, circa 1999. I had just entered my techno-club-tunes phase of thy youth, and tried on different tracks (as recommended by the bootleg-CD seller in Saigon), and decided to give Ishii a go. 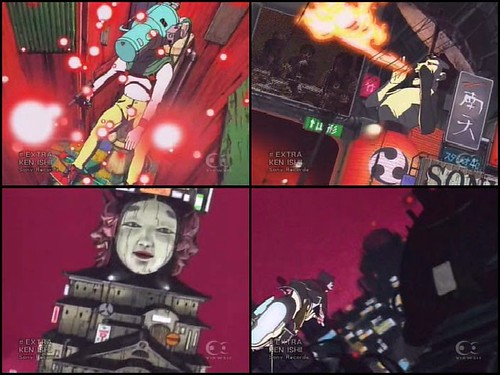 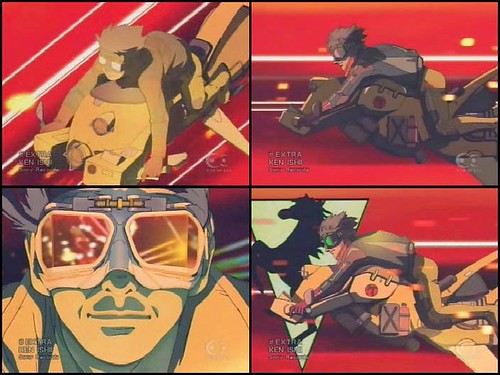 >
Discovering the track "Extra" years later was a fab surprise and the icing on the cake, as it paralleled my love for AKIRA, and as well the somewhat deviant and violent aspect of anime which appealed to me, I will not lie. Not outright-gore, as disguised in a bloodied sheep's skin of faux futurism decaying with industrial abandon - visuals of my dreams!

And I like the vagueness of the "story", showcasing vignettes designed to elicit a response but not necessarily needing a longer investment of time and emotions = perfect for someone like me with a short attention span but with a voracious need to soak up concepts and eye-candy. Or perhaps I am over romanticizing my tastes LOL

Regardless, this is a piece worth the real estate in my mind's eye. You can view the MV on high-res here on www.kojimorimoto.net, which also includes sketches and stills from the anime piece itself, montaged and re-posted here in this post. 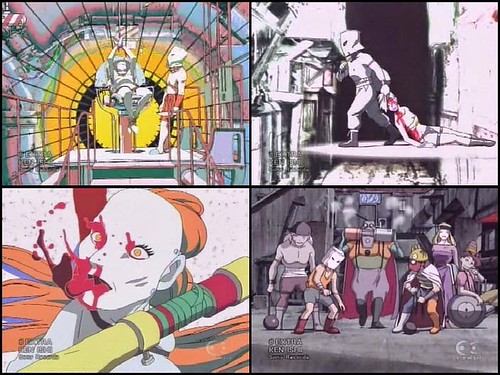 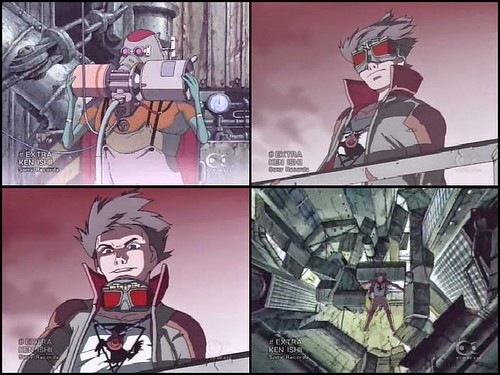 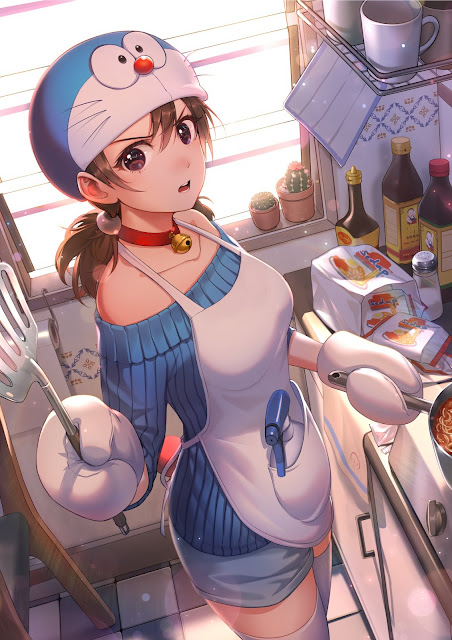