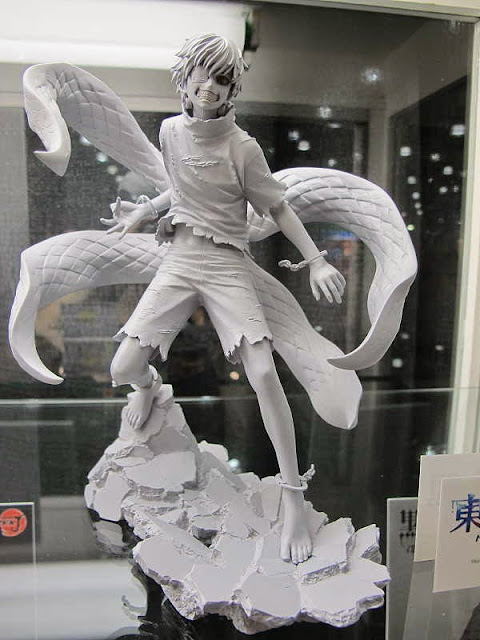 "Tokyo Ghoul" anime's "Ken Kaneki / Kaneki Ken" (aka "Eye-patch" aka "Centipede" according to CCG / Commission of Counter Ghoul) is getting the ARTFX statue treatment, thanks to Kotobukiya, as seen on display at the recent New York Toy Fair 2015! To be available 4th quarter 2015, the unpainted sculpt sees Ken manifesting his 'kagune', while his wrist and leg shackles has come undone, suggesting this from the scene where (Highlight Text To Read Story SPOILER: After being tortured by Yamori for ten days, his hair turns white, and he breaks free and kills Kamori). The finger/knuckle twist detail is really deliciously used here too, IMHO. 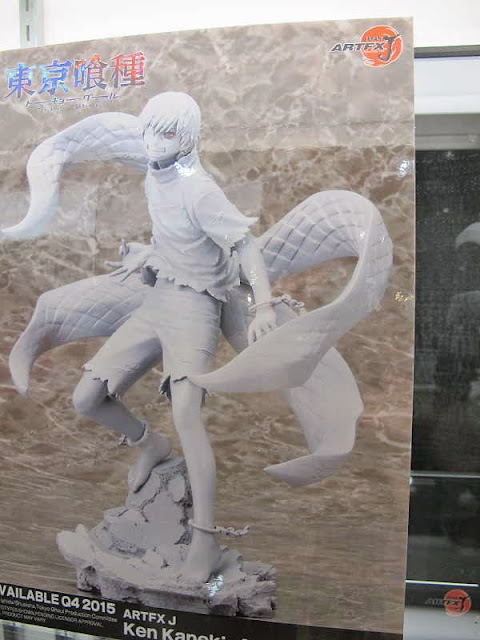